With a “disputed” origin between the Etruscans and the Lombards, the medieval village of Radicondoli stands on a height of 510 meters above sea level and is spread over an area of ​​about 14 km\q, in central-southern Tuscany, in the Province of Siena; it borders the provinces of Grosseto and Pisa and has a population of about 900 inhabitants.

During the Second World War, especially during the Resistance, the XXIII ° Garibaldi Brigade “Guido Boscaglia”, a partisan formation whose name was attributed to the memory of the young Guido Radi (called “Boscaglia”), who was killed by the Nazis at the age of 19 during an armed action.

During the 1980s, Radicondoli was the guest of famous sporting events, one above all the World Rally, at the time of the legendary “Group – B” cars.

During the summer (and always since the Eighties) there is a review of national-level shows, Summer in Radicondoli and the traditional Feast of San Giovanni, famous for the tasting and enhancement of local products.

In recent times, other events have been added, organized by local associations operating in various sectors (volunteering, sport, art, etc.).

Historically, the economy of the area has been characterized by agricultural activity and the use of the products offered by the area itself.

Over the years, agricultural activity has been flanked by tourism – accommodation, thanks to investments aimed at agritourism, cultural and geothermal activities.

In 2007 the General Agreement on Geothermal energy was signed and subsequently the Voluntary Implementation Agreement (2009), formalizing the investment plan in the geothermal sector between the Tuscany Region, Enel Green Power and Local Authorities, following the implementation of which the Local Authorities (also the Municipality of Radicondoli) have significant financial resources disbursed by Enel Green Power as compensation for the aforementioned investments. In the years following the signing of the Voluntary Implementation Agreement, the financial resources envisaged for this began to arrive. They have been used for carrying out major investments (e.g. district heating network) and for the ordinary administration of the Municipality, always aimed at the well-being of citizens.

The Sesta Lab laboratory is also present in the area, a test area for the combustion chambers of Gas Turbines, born in the 90s thanks to ENEL.

In Radicondoli rests Maestro Luciano Berio, one of the most important Italian composers of the European avant-garde, also a pioneer in the field of electronic music, President in 2000 of the National Academy of Santa Cecilia in Rome and under whose superintendence it was inaugurated in 2002, the Auditorium Parco della Musica, also in Rome.

Sites of local tourist interest are the Collegiate Church of Saints Simon and Judas (in which the paintings of the Sienese painter Naddo Ceccarelli are found), the Augustinian Monastery of Santa Caterina delle Ruote, the Romanesque parish church of San Giovanni Battista, the Franciscan Convent of Osservanza, the Castles of Montingegnoli, Falsini, Fosini, Elci, the villas of Anqua (of the noble Pannocchieschi d’Elci family of Siena and Volterra) and Solaio.

Inside the historic center of Radicondoli there is also a museum (Museo delle Energie del Territorio) and an exhibition hall at Palazzo Bizzarrini.

Near the town of Radicondoli there is the village of Belforte, with its Pieve di Santa Maria

There is also the Natural Reserve of Cornate and Fosini

Near Radicondoli, a few kilometers away, it is possible to visit the Abbey of San Galgano, located in the Municipality of Chiusdino and the Hermitage of Montesiepi, with the famous “sword in the stone”; It is also possible to travel along a stretch of the Via Francigena, about 30 km from Radicondoli, towards Siena.

In Radicondoli there is the Tourist Information Point, which can be consulted to find out about the main opportunities to enjoy free time

About 2 kilometers from the town there are also sports facilities, where it is possible to play tennis and soccer. 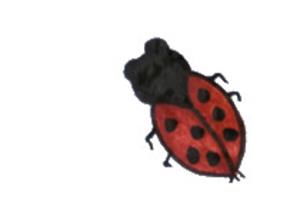